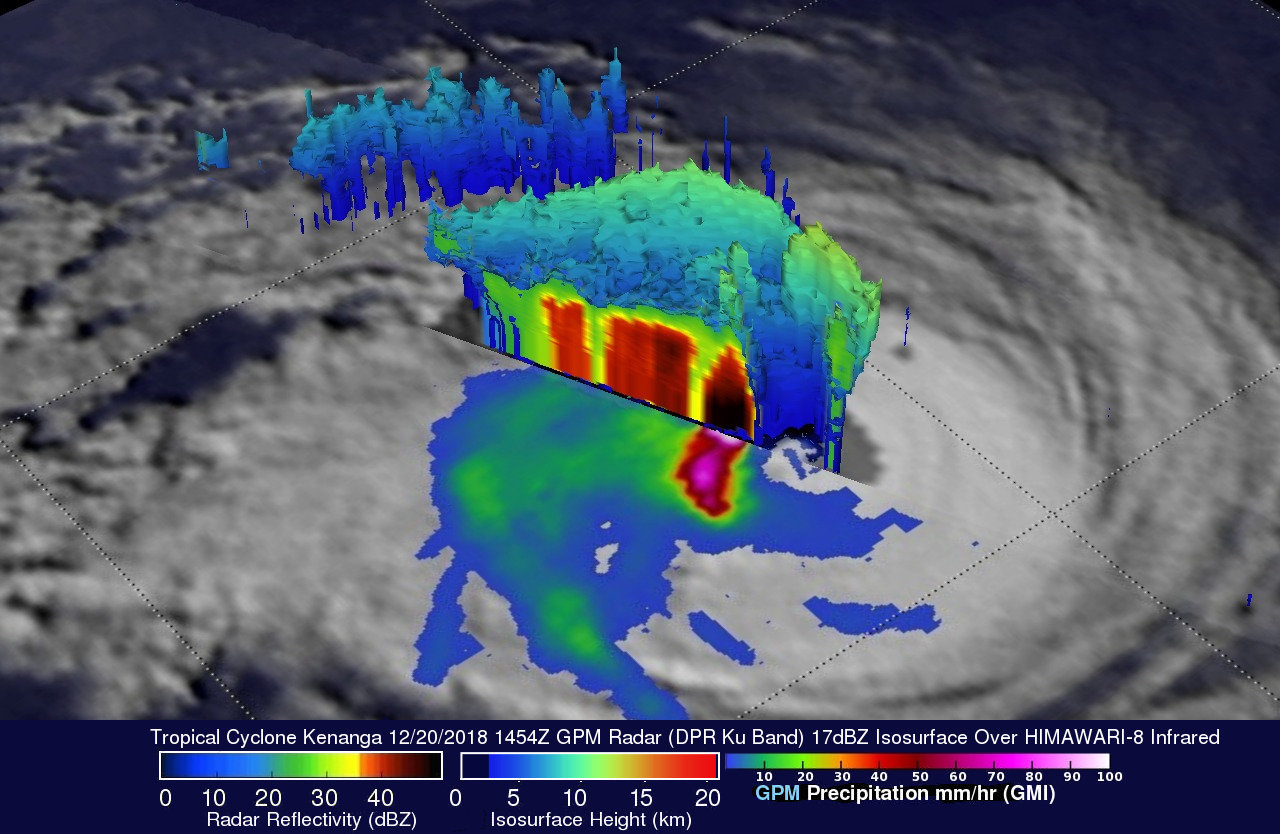 GPM observed powerful storms south of Kenanga's center on Dec. 20, still producing very heavy rainfall at the rate of 214 mm (8.4 inches) per hour in that area. The rainfall in the northern half of the storm had decreased significantly. The storm tops of the eyewall which had remained intact on the western side of the cyclone were reaching heights of 12.7 km (7.9 miles). Credit: NASA/JAXA, Hal Pierce